House on the Flemish coast 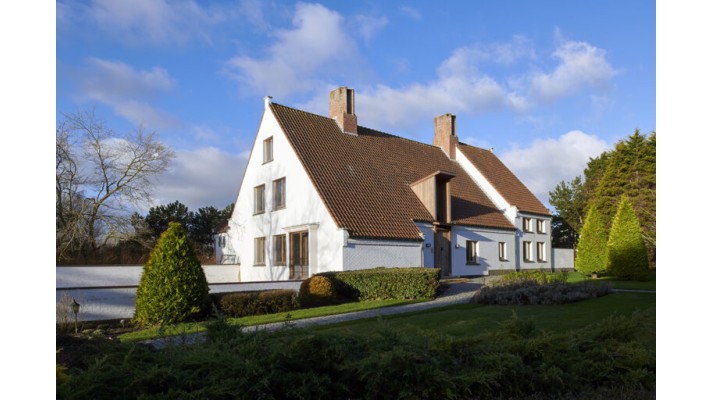 The word renovation actually does not do justice to this assignment and what we have realised as a result. The client for whom we have been working for decades was given a rare opportunity as a result of market conditions: they were able to buy a huge house in a fantastic location on the Flemish coast for a great price. A great opportunity, were it not for the fact that the house was built in the 1980s in true Belgian style, as if it were a kind of villa or castle on the coast. All the finishes were ugly and misplaced, but the house itself was fine. We were asked if we could make something beautiful out of this terribly ugly house; a great challenge and assignment as there were no emotional sensitivities regarding the existing building and we were given considerable freedom to remove the Belgian frivolities and replace them with something else.

The second and most important message we were given was that the house should not feel like a castle after the renovation, but rather warm, safe and comfortable. It should become a real ‘home’ in which all the children and future grandchildren of the family could stay at the same time. So we very quickly made a plan to incorporate the loft into the living space. This made the house even bigger than it already was. A few significant areas in the roof had been plastered over. There was so much space behind them that we were able to create two more bedrooms and bathrooms.

As well as the constructive alterations, we also took care of the interior elements and the carpentry. In many cases, the custom work blends seamlessly with the architecture or is fitted in exactly (herringbone parquet, bathroom furniture, doors, wardrobes, lighting, toilet-roll holders, mirrors etc.). We have transformed a 1980s Belgian castle into a large and comfortable family home.