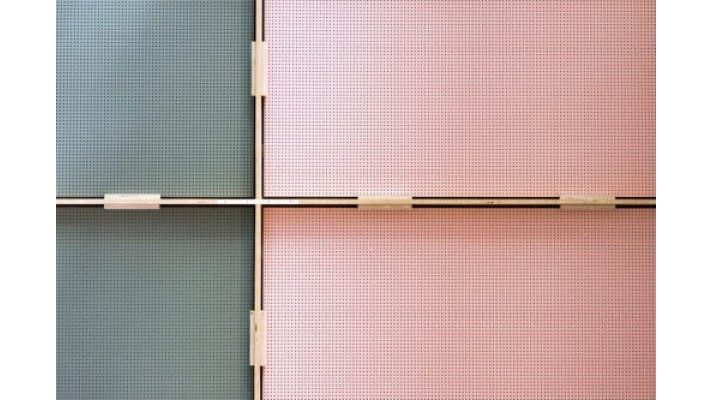 A Rotterdam-based investor recently bought the Goudsesingel building in Rotterdam from the housing corporation Vestia. The building was designed as multi-tenant business accommodation during the period of reconstruction after the Second World War. Vestia had to sell the building following a reorganization caused by the worst financial crisis in the building’s history. The transition Vestia was planning was thwarted midway by this crisis and so part of the building is currently unoccupied. Now the Goudsesingel building will once again be a symbol for redevelopment.

The design for the Goudsesingel building offered options rather than imposing limitations and, in this sense, the building has an extremely modern industrial heritage since it was developed to facilitate a range of different work activities – and that was an unfamiliar concept at that time. The building even includes a few housing units. The vision with which the property was built more than 60 years ago fits seamlessly with the current times which are filled with uncertainty and the need for flexibility.

Our plans also fit seamlessly with the original design of this property; rather than trying to predict what will happen with the property or who will rent it, we want to focus primarily on the range of possible options and, above all, we do not want to exclude anything ahead of time. During the reconstruction period after the Second World War anyone who wanted to was welcome to contribute, and likewise we welcome anyone looking for a place to work or live.

Apart from the fact that the building is well suited to current times in terms of flexible options, there is also a growing awareness of the beauty of (industrial) heritage. For many people it is somewhat more appealing to live or work in an environment built with detail, material and colour in mind as opposed to somewhere where building is nothing more than a systematic activity with the aim of reaping the maximum profit per square meter, as it was in the 80s and 90s in particular. This was, of course, regardless of the fact that the use of one technique does not necessarily have to exclude the other.

The property is authentic enough but over the course of time a number of things have been changed and added which do not do justice to the original building. Therefore we will be bringing the building back to its original form as far as possible while at the same time carefully adapting it in accordance with modern standards and requirements. We will do this out of respect for the monumental building on the one hand and for the future users on the other hand. For example, the railings at the front of the Goudsesingel building are to be replaced, the illuminated signs have already been removed, and the original passageways in the heart of the building to the left and right of the entrance will be opened again when possible. We have already removed the modular ceilings on the top floors, and this, once again, clarified the fact that not all the additions from the past were valuable in terms of the original appearance. Slowly but surely, in line with the pace at which space is rented out, the building will be fully restored to its former glory and adapted for current times.

Urban design for the inner street

Although constructed more than 50 years ago, the property appears to have been built for modern times in terms of both the range of usage options and the way in which it matches its surroundings; it appears to have been built with a view to the future. Due to its square shape, the building forms a shelter where you can escape the crowds of the big, modern city. The architects may well have planned for this at the time but since then this area has become dominated by stone work and unappealing shop rears. The most important alteration to this area will be the transformation from a stone environment to an appealing public/private area.

Originally there were two passageways to the left and right of the main entrance which provided access to the inner street. Over the years these access routes have become shop spaces but they will be reopened. The inner street has become a dark area but it will be opened up so that it can once more become a usable space and a public amenity. The shops on the Goudsesingel will get a second façade bordering the (green) inner street and the area will be opened up as much as possible to create a setting where trees, plants, flowers and grasses can take over. This alteration will allow people to see the design of the rear of the building with its wonderful galleries on the higher floors while at the same time contributing to the appearance of this side of the building. What is currently just the back of the building should become more enticing with the park behind it. And this approach will allow the building to maintain its monumental presence on the Goudsesingel whilst gaining a softer side with the park.

Depending on demand, the whole upper floor could be transformed from office space to living space. These are actually the most exceptional and distinctive rooms in the building because they are situated directly beneath the roof and because the elevation and design are of exceptional calibre. These apartments all have their own terrace, and there is also a common outdoor area on the other side by the gallery. All in all this building, which was originally intended for a variety of work activities and for only a very limited amount of living space, has, in fact, since become an appealing home.

Our architecture is not just about the design itself, but the whole process from idea to occupation is considered to be included in the scope of the project. Whether by coincidence or not, this complete approach is also needed for the organic development method we have in mind. Because we, the architect and the investor, do not conceive or decide everything in one go but rather interact with the future client so that we can respond to their requirements, we are forced to do precisely what we want to do: that is to be involved from the beginning to the end.